Today on NPR, I listened to a very brief obituary for David Broder, the Washington Post columnist. (Remember, under my own rules of “Conservative for a Month” I am allowed to listen to NPR in the car so I don’t get road rage? If you don’t like my rules, go write your own damn blog that no one reads.) What I was moved by was the eulogizer’s praise of Broder’s ability to listen. She recounted how Broder would go from door-to-door in a town and actually ask residents about their views. In a sound clip, Broder, with good humor recounted how people would feel sorry for him, seeing an old man traipse around in all kinds of weather, and many of them would invite him for a cup of tea. I smile as I read this, seeing Broder’s old face, knowing that we’ll all be there soon, and hoping that I will be able to use my age good-naturedly for some positive purpose other than getting a seat on the bus or being excused for passing gas without seeming to care.

Therefore, in honor of David Broder and the virtue and art of listening,  I bring you snippets from the conservative sites I’ve been visiting lately.(That’s why this post is such a poor excuse–I merely copy and paste and then praise myself by calling it “listening.”)

I was debating whether or not to provide links to the sites. At first I figured that I didn’t want to increase their traffic even one iota, but in the end I decided that context was more important.

It’s a message narcissistic journalists need to hear again. A decade ago, Heston chastised the media in a National Press Club speech for its collective ignorance, apathy and open hostility toward gun owners’ rights:

“Clearly, too many have used freedom of the press as a weapon not only to strangle our free speech, but to erode and ultimately destroy the right to keep and bear arms, as well. In doing so, you promoted your profession to that of constitutional judge and jury, more powerful even than our Supreme Court, more prejudiced than the Inquisition’s tribunals. It is a frightening misuse of constitutional privilege, and I pray that you will come to your senses and see that these abuses are curbed.”

Alas, Heston’s prayers have yet to be answered. While courts have recently bolstered Second Amendment rights, endangering gun owners in the name of free speech continues to be the blood sport of the Fourth Estate.

Walker’s calm comportment in this crisis is reminiscent of President Reagan’s during his 1981 stand against the illegal strike by air traffic controllers, and Margaret Thatcher’s in the 1984 showdown with the miners’ union over whether unions or Parliament would govern Britain. Walker, by a fiscal seriousness contrasting with Obama’s lack thereof, and Obama, by inciting defenders of the indefensible, have made three things clear:

(My favorite part is the reference to “Mary the Riveter.”) 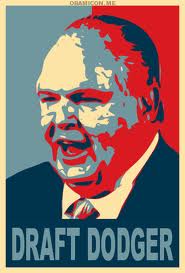 Can we go through this again?  What we have here is a money laundering operation.  You have public sector employees.  They are members of public unions.  These public unions support Democrats 95% to 100% of the time with money.  Who pays the salaries of state unionized employees?  Taxpayers do.  Not some evil CEO fat cat.  Joe Six-Pack.  Joe the Plumber.  Whoever it is, Mary the Riveter.  These people living in Wisconsin, their taxes hire and pay the salaries of public sector unions which are already twice as high as what they make.  Then, the dues from these union workers go to the Democrat Party.  So the dues originate in the wages earned by private citizens.  So it’s Joe Six-Pack and Joe the Plumber and all the other taxpayers in Wisconsin whose money is going to the Democrat Party via a money laundering operation through the unions.  That’s what’s happening, pure and simple.  That’s the real question.  That’s what’s going on.

Ooops! Sorry for the bad link.