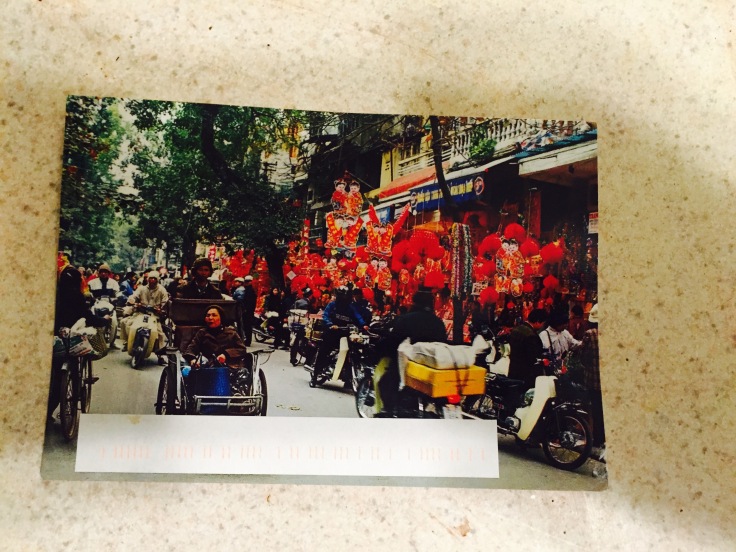 I wrote this postcard to my former wife. I don’t know what it’s doing in my stuff, but off to the dustbin of history it goes.  Even though I have to deal with her on a near-daily basis, I try not to think of the former wife, inasmuch as that is humanly possible. This side of the postcard says nothing–it could have been one of the postcards I sent to my children–but turn it over and there is the reminder of the biggest mistake of my life.

My best friend tried, too late and too unassertively, to convince me not to marry her. Let it be on the record that he saw the future that the rest of us would bear witness to (he died before I got divorced).

Anyway, I was back in Vietnam, the country where my son was born. Someday I will go there with him, and he can see it for himself. I hope he loves it as much as I did.

One thought on “What I Threw Out Today”