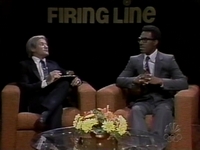 I am doing quite well, 2 days away from the Times, NPR, and of course, the dulcet tones of Rachel Maddow, whose voice lulls me to sleep as I lie on the couch after a hard day of unsuccessfully trying to save the world. Tonight, instead of entering into my liberal cocoon, I  am collecting sap from the maple trees and boiling it down into syrup–it makes me feel like a very useful engine.
March 4
Today I decided that I would go with a more “intellectual” source of conservatism, and I went to the National Review online. I am glad for online magazines, because unlike the olden days   (ironically those days when I was a novice in the church of the free market, somewhere out in the hinterlands) when I would have had to either go to a library (this wasn’t so bad–libraries were heaven then) or shell out some of my ill-gotten gains in order to buy a hard copy of the rag, I could get what I wanted with only a few ever-so-subtle movements of my fingers, all accomplished from the privacy of my own house.
This is the world being made better. Before, not only would I have regretted helping to pay Michelle Malkin’s salary—though I suppose that each click I made today does help  her and the publication in a tiny way–but I would have had to put the magazine in the recycle bin when I was finished. The recycled product might have ended up in the coffee filters I use, and then I might have ended up drinking my free-trade coffee after it had actually passed through all of that bad karma. Imagine the  consequences to my atman, not to mention the public in general if say I had operated a vehicle or some other heavy machinery while the beverage’s bad energy was still inside me.
Anyway, I read an article by Jim Manzi  on whether or not universal health care would improve overall health. Despite my quest for something less strident and more logical than yesterday’s visit to talk radio, I couldn’t help thinking that  calm, rational Jim completely missed the point: The point being that even if health care didn’t improve, at least a large number of our fellow citizens wouldn’t end up in the poorhouse if they got sick. Oh, and those with preexisting conditions might actually get treatment.
If I may adopt the patronizing attitude of the magazine’s founder,  I would say that the danger in an article like this is that by throwing around terms like “randomized experiment”  and quoting RAND studies and oh-so-generously conceding the shortcomings of the information while giving mincing credit to one’s opponents, the already-convinced (most readers of this article, libs are too upset these days to pick up a copy) believe that they are getting some sort of scientific proof for their prejudices.
Enough highfalutin shit, let’s go to Facebook !
Because I am still trying to capture the essence of my new conservatism, I felt an urge, nay, an obligation to see the up-to-the-minute passions of my compatriots on Facebook. It’s like so immediate, it’s so right there. I mean, some of these posts were only seconds old when I read them.
They looked something like this (these are in response to a Facebook posting on Fox News using footage of a violent protest in California while talking about the ongoing demonstrations in Madison):
•    Not sure why conservatives are on here – it’s common knowledge only complete morons watch Ed Schultz and arguing with them is about as useful trying to get Ed Schultz to have a rational conversation.
•    I love FOX news. THE ONLY reliable news . I hate the rest media outlets. They are only one sided.
•    And st…op blaming Walkerr. He’s trying to do a good job. Ant most of protestors  are lazy s.o.b. trying to fight the right to have more from the golden pot (our tax money) Roll down sleeves and go to work. 100.000 salary for 9 months is not enough? it’s moire then 10.000 a month or 500 a day. I work my butt running my small business to get less then half that and only dream about 3 week vacation.
•    WOW HOW STUPID ALL OF YOU ARE! DO YOUR RESEARCH YOU FREAKING PINHEADS! THEY STATED IN THE BROADCAST THEY WERE CHECKING IN WITH PEOPLE “ALL OVER THE COUNTRY” YOU ARE ALL A BUNCH OF LIBERALLY BRAIN-WASHED MORONS THAT CAN’T THINK FOR YOURSELVES
•    Look your morons,they are talking about protesters in general.I didn’t see one place on that photo where they said it was wisconsin.Maybe an idiot camera man put up the wrong photo but whats the big deal?

It’s tough, but I think I am learning.