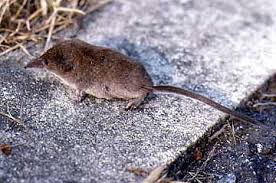 Aren’t we done with this shit?

My friend’s cousin is from the Caribbean,and when she heard stories about the ex she just started referring to her as La Bruja. It wasn’t as if she said, I will call her La Bruja! or, She is really a bruja. Rather, the next time she referred to her it just came out in passing, as in, Is La Bruja watching the kids? There was no question as to who it was.  I rather prefer it to saying her name–one, because I have, alas, grown to dislike her name, and secondly, it seems more descriptive than derogatory.  I never say it around the children. By this point, I’d rather have nothing to do with her and not to have to refer to her at all.

But the need for punishing me in any way possible goes on, no matter the collateral damage.

Today I had to retain a Parent Coordinator–one is specified in our divorce agreement for the purpose of settling disputes concerning the children (there goes my son’s summer camp). You see: last year the kids were with their mother and her family in MA for Thanksgiving. This year, of course, was Dad’s family’s year– they were supposed to be in Chicago (which they look forward to) with my mom, sisters, etc.(whom they love immensely–my nephew is my daughter’s favorite cousin), but the edit that I put in the divorce agreement (the years were reversed )somehow got deleted before the final version. I should have looked closer, but the other edits were in and I must have overlooked it.  A purposeful trick, I’m sure, especially as La Bruja flat-out lied to me, saying the kids were in Chicago last year, as if that couldn’t be verified, as if the children don’t know. Anyway,  she refuses to do the right thing.

My remedy is going to the Parent Coordinator, at $275/hour, and the war of attrition continues. I would rather spend this money on my kid’s summer camp, but I cannot take away my 79 year-old mom’s time with her grandchildren.

Or can I ? What is this about? I hope it’s not about winning, but about the children. Is it about not letting someone get away with a purposely nasty act? Not letting a precedent get set that this won’t be tolerated? Shouldn’t I just suck it up (again!) so that my son can go to camp? Why should he suffer (additionally) for our idiocy (mind you of course, I’m responsible for only 49% of the idiocy)?